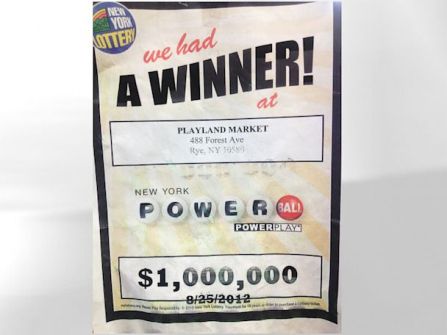 From Patient to Profit Center

Turns out CVS Caremark has found a cure for cancer: induce a heart attack so there’s no fear of succumbing to the deadly disease.
This was Britany’s quest, I’m sure, when she called me to tell me my new prescription had arrived.

Ibrance, the new drug I’ve been prescribed, is just out of development, giving it a hefty price tag. I can’t purchase it any longer at my local pharmacy, where I have compassionate friends. I now need to go through a health-insurance appointed specialty pharmacist. I should be grateful that I’m getting an actual live person to call me, rather than an automated recording to deliver me this news. Shame on me, I’m no

“There’s a 70 percent co-pay,” Britany announces matter-of-factly and slightly annoyed.”That amounts to $4,380.”
She pauses, waiting for a shriek. When I don’t comply, she adds, “That’s a month.”
“You do realize this is a life-saving medication?” I reply, brittlely and equally annoyed, even though I feel a hot wave of fear wash over me, tying a knot in my intestines where Britany’s bombshell has gone off.
“Well there’s a number I can give you to call Pfizer for co-pay assistance,” she says.
I grab a pen and she rattles off the number.
“If you’re accepted, call me back,” she says, ready to sign off. I can’t see her, but I can feel her reach to disconnect the call.
I get that Britany probably makes only $10 an hour and has problems of her own and that while her job is obstensibly to make phone calls, in truth, it’s to drop bombshells into the laps of the dying or nearly dead and then walk away, without concern. That takes a great deal of desensitization, which I should have empathy for, if not a degree of awe.
“Is there a number I should call you at?” I ask before she’s able to finish the task.
“Oh yeah,” she says, then rattles off another 800 number. She knows that we will likely never speak again. Still, I can hear in her voice a slight change that says “Oh, this one isn’t the walking dead only the slightly dead. Maybe she’ll have a chance.”
I immediately dial Pfizer, realizing that Britany has delivered me this news after hours and there’s a good chance no one is around. During a 20-minute, nail-biting, Muzak infused on-hold wait ,  I realize how much I already miss my local pharmacist and consider running down there to load up on anti-nausea medication to get through the remainder of my life if this is any indication of how it’s going to go. Finally cheery Ian answers. I tell him about my conversation with Britany. He’s happy to oblige me and directs me to an insider Web site where I can immediately apply for assistance.

It turns out, there’s a three-question quiz, which I pass. I tell Ian I can take it from here, as the next screen just asks for information so it can print me a copay card. I tell Ian he’s saved my life and wish him a winning lottery ticket in return. This makes Ian even cheerier.

I fill out all the two-starred fields required, but the Web site won’t accept my submission. The panic returns. A carrot dangled in front of me. I call Pfizer back. Gratefully, the call goes through immediately. This time I get David, whose a bit more somber than Ian, but equally eager to help. We go through what I’ve done, what I haven’t done, what’s checked,  what isn’t, what the screen says, what it doesn’t say. He finally diagnoses the problem as the laptop I’m using.

“You do realize desktops are obsolete, that no one has them any more?” I answer.

I do, though, have another laptop. I can’t really explain why, other than for situations like this.

“Wait,” I say. “Let me try another computer.” I quickly load the site, pass my three-question quiz, update the two-starred registration fields and voila, I’m accepted. I get a card.

I wish David a winning lottery ticket as well for saving my life.

I call back CVS Caremark a bit amazed that I’ve been able to accomplish a $4,000-plus-a-month savings in an hour’s time. Where’s Britany now? I get another David, who has all of Britany’s suave and sensitivity.

“Your address?” he says.

I rattle it off. There’s a long pause. He doesn’t explain. Finally, he starts asking me for numbers on the copay card. The knots in my intestines start to loosen.

David isn’t a fast typer, I learn. When he finally gets all the information he needs, he informs me that it could take up to 72 hours for CVS Caremark’s oncology team to input the information. I’m afraid to ask, isn’t that what he just did? Instead I say,

“You do realize this is life-saving medication?”

“I’ve marked it rush,” he says, in his monotone voice.

“But there’s no guarantee?” I offer.

Still, I wish him a winning lottery ticket and thank him for his effort in saving my life. I know it’s dramatic, but he needs some sort of shot in the arm, an “Atta Boy!” at least.

When I hang up, I realize that this is the “mixed bag” my doctor spoke of at my last appointment. I have gone from patient to profit center. Yes, there are many promising drugs, tests, protocols and procedures for those of us with cancer. And all of them come with a huge price tag that everyone wants a piece of, from the drug companies to the health insurance companies, from the specialty pharmacists to the hospitals. If I expect to survive, I need to harden myself and brace for this roughshod treatment.

I look up the cost of a share of CVS Caremark. It’s trading at $102. I think about buying it, knowing that CVS Caremark won’t listen to my concerns as a profit-center, but might as a shareholder looking to reap a profit. Finally, we’ll have something in common.