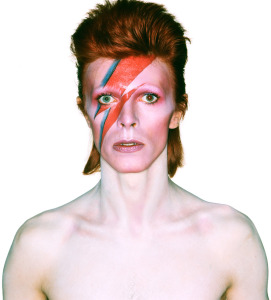 Time may change me, but I can’t waste time

By Liz Johnson January 20, 2020 Neither Immune Nor Aware of What I'm Going Through
No Comments

When you hear someone’s died of cancer and you have cancer, you can’t help but look to adjust your watch. What kind of cancer, you want to know. How long was the battle? And how does that bode for you? Of course, your doctor will tell you each story is different, each patient different, each cancer different. You know that. Yet it still doesn’t keep you from being part of a club and you want to know how the members are doing it, getting by.
Yesterday, David Bowie died of cancer, likely lung cancer. As I recall, he was a smoker and 1 in 3 smokers will get cancer and most will die from it. It tends to be a fast growing cancer in a body that likely has been both healthy and willing to suffer hardship for a long time. It doesn’t know to yell “fire” or for help, which means by the time it’s discovered, it’s too late to do much about it.
The truth is, that’s the problem for most cancers. They grow inside you, side by side for so long, your cells believe they’re friends, neighbors who will bring you casseroles when you’re down and out. It’s not until it’s too late you discover they’re terrorists, suicide bombers, aiming to destabilize you to the core.
As I write this I battle a head cold, drinking a tea of ginger, lemon and honey that my neighbor turned me onto. A friend who makes me casseroles when I’m sick. And this sickness is one I’m sure I’ll heal from, as well as many others. Like my neighbor, it’s real. It makes itself known and offers little resistance to my attempts to fight it.
David Bowie’s death slams me hard. He was an icon, one I believed was invincible, from a part of my life when I believed I was invincible, as were those around me. My sister and I used to sing our hearts out to the song “Changes.” It was our teenage anthem: “We’re immune to your consultations. We’re quite aware of what we’re going through.”
Now, after all these changes, my sister and father taken by this disease, and me living side-by-side with it for the rest of my life, I’m neither immune nor really aware of what I’m going through until I’m actually through it and the bodies are lying around me and I find myself checking my watch.
I pulled the song and lyrics up to “Changes” on YouTube when I heard of Bowie’s death. The chorus is “Time may change me, but I can’t trace time.”
Funny, I had a different take on it. “Time may change me. But I can’t waste time.”